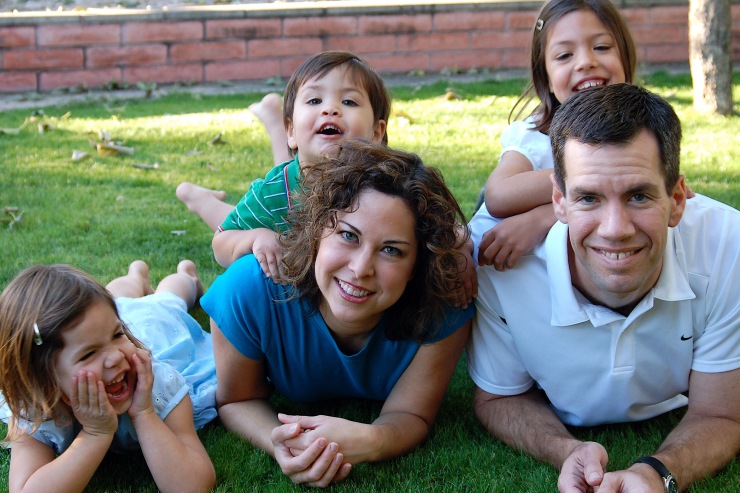 We are far from picture perfect. Still, that doesn’t stop me from forcing the peeps to sit still for photos every now and then.

If nothing else, I would like at least a little visual reminder for everyone else that once upon a time, I was not as wrinkled as the clothes I frequently forget are in the dryer. #Lifegoals.

When I was growing up, four times a year — when the seasons changed on the roll-down backdrops — we sat for very starched family portraits. Say cheese! The poses were stiff, the smiles stiffer and it made my mom happy. I get that.

With college looming on the horizon for No. 1 and that weird societal rite-of-passage known as senior pictures, now seemed like the time for a not exactly formal but professional, non-selfie family photo. Luckily, we have a friend who’s an ace photographer. Everyone should have one of those — along with a friend who’s a massage therapist, a friend who’s a lawyer and a friend who’s a doctor. They come in handy.

After coordinating schedules — no easy feat — we lined up a date. No. 3 would be arriving, sweaty and glistening, straight from a basketball game. When you have three busy kids, you don’t get to be picky. You make it work, dammit. I grabbed blotting papers and hoped for the best. At least there’s no such a thing as scratch n’ sniff photos. Yet.

I primped while also making like a personal hair and makeup assistant for No. 1. We dressed and re-dressed and then re-dressed again as well as accessorized, and No. 2 complained. She was grumbly and having none of it. She hated that I wanted her hair brushed and neat and that I dared to suggest an outfit other than her pajamas. I lost it.

If I remember correctly, my rant went something along the lines of “I DON’T ASK YOU TO DO MUCH. YOU ASK ME TO DO STUFF ALL THE TIME! IN JUST THE LAST FEW DAYS YOU WANTED ME TO TAKE YOU TO THE MALL, TO STARBUCKS, TO GET PIZZA. I WANT ONE, JUST ONE LITTLE THING — I WANT US TO HAVE A NICE FAMILY PHOTO SO YOU ALL CAN REMEMBER HOW I WAS ALWAYS SMILING AND LAUGHING AND HAPPY BEFORE YOU MADE ME DEVELOP PERMANENT FROWN LINES THAT EVEN BOTOX CAN’T FIX!”

By the time we met up with the boys, we were all frazzled and in a mood.

Then, things got even  better: Gale-force winds hit.

Seriously, weather? Do you not know what it took to make this all come together and NOW you act up?

The perfectly coiffed hair was blown; the attitudes — not the pictures — were shot. To hell.

We ended up postponing, so now we get to look forward to doing this alllllllll over again. At some convenient time when the stars and multiple schedules align. Siiiiiigh. I dunno, maybe we should just switch gears. No one has to be there if I hire a police sketch artist. Instead, I’ll just describe them. Bwahahahahahaha. Bet if I suggest that, people might be a little more cooperative next time about the family photo.

Maybe this new cup will make hydrating less boring. 🥂
Not pictured: When the ice cream spilled out of the container because I overcookied…😜
When your new @nike footwear coordinates with your flowers. Feeling very Martha Stewart right now, except she probably wouldn’t put shoes on the dining room table…
Sometimes you have to stop and buy the flowers…
Livin’ their best lives… #rescuedogsofinstagram #doublemerleaussie
Care for a blob made from a scone recipe, anyone? Anyone?
My Tweets
Loading Comments...
%d bloggers like this: