Take a good look at that face.

This mug represents all that is right and good with the world. It shows that dreams can come true for good people who work hard enough.

This woman is my hero. I first heard about Megan Amram somewhere on the Interweb as someone you MUST follow on Twitter because she is hilarious. She lives up to the hype. She is also a TV writer (“Parks and Rec” and “The Good Place”) and pens squirt-milk-out-your-nose-because-they’re-too-funny think pieces (read this one, Jared Kushner’s Harvard admissions essay).

I can honestly say I knew her when — back before she earned two Emmy nods — and when I say “knew” I mean I was already following her on Instagram before she blew up, not that I mean her face looks fat or anything because it’s totes norms to have five chins.* What I mean is, I remember when she first launched her genius bid to win a very specific Emmy.

She saw an opportunity, came up with a game plan and just flat-out went for it. She even got a billboard and recruited high-level friends like Nick Offerman to vote for her.

Megan and me, we’re like the same person. Although, she got all the boobs. And cool awards. And high-level actor friends.

Still, she reminds me of all the weird, ballsy stunts I’ve pulled over the years — starting, at age 7, when I tried to land a gig on “The Muppet Show” and wrote a letter that included very sensitive personal statistics, like how tall I was, because I didn’t want to be no stinking puppeteer. Noooooo, I wanted to wear a full-on, so-hot-you-could-pass-out-at-any-minute, full-body fuzzy suit a la Fozzie Bear.

Or, that time I asked, in a letter, for a University of Arizona basketball benchwarmer-turned-graduate assistant to escort me to the prom. Or, that other time, again demonstrating my amazing comedic writing skills, typed out what I thought was a snortingly funny questionnaire for this guy I had a crush on in college in which every answer led to going out on a date with me. Now that I look back on it, I guess that could have come off as desperate and weird and slightly stalkerish, and not just because I left it outside his front door in the middle of the night.

Or, that time, a year ago, that I quit my job and wrote a book and in Megan-like fashion, tweeted at big-name agents and sent funny heartwarming fan letters to other non-Emmy winning writers whom I admire in the hopes that they might instantly fall in love with me and help me land a book deal.

See, I really am very Megan Amram like, except for one thing — HER STUNT WORKED.

Which means there is still hope.**

Maybe I just need to do more shameless self promotion. Or rent a billboard. Maybe I just need a better mugshot, one that shows I’ve got some chutzpah, that I can really, truly, take it on the chins.

*Some small-minded people might interpret such remarks as snide putdowns made out of sheer jealousy, but they would be wrong. I really, truly admire Megan. She is amazing, and I would love to hang out with her and share some contouring tips on how to minimize multiple chins.

**Especially if I hit up David Harbour (Hopper on “Stranger Things) on Twitter. Bet he’d get me a book deal. That guy has such a big heart that he can’t say no to anything. He’s officiated a wedding, taken senior pictures with a fan. Yes, I bet he can help. 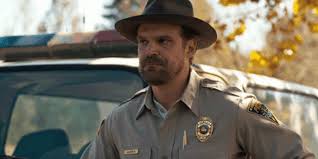