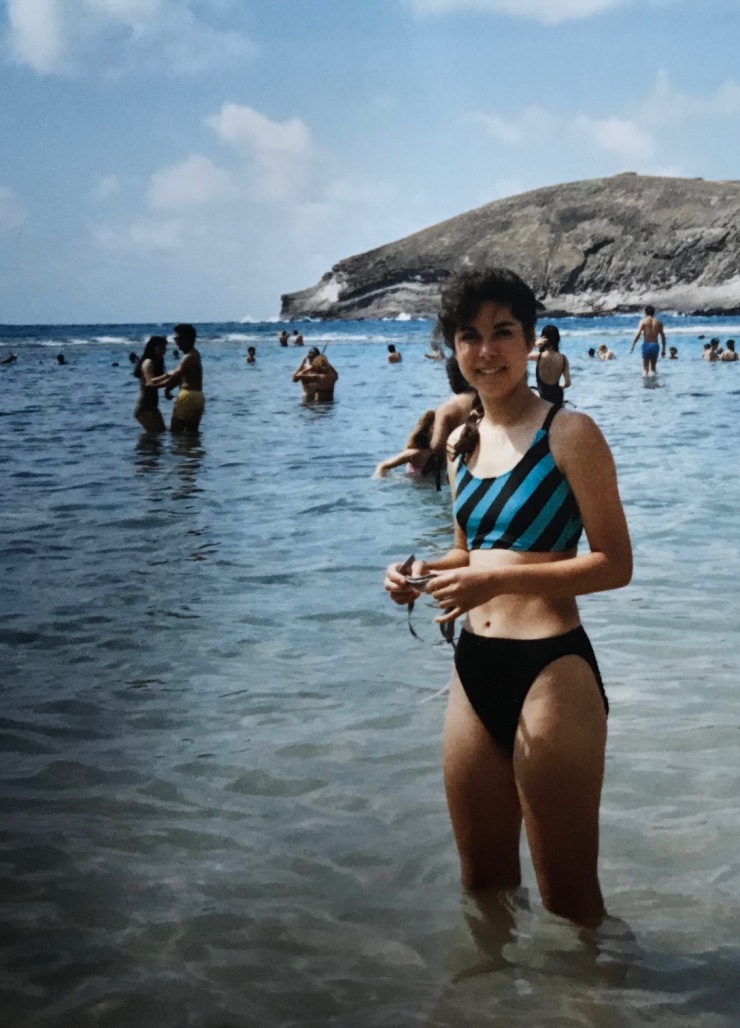 If I could go back in time, I would kick this girl’s much smaller ass.

That’s me. I’d say judging by the size of those thighs, at age 17. I was on a summer trip to Hawaii with my aunt and thought I’d accidentally exposed the film in my camera. I panicked and we hurriedly shot up the roll and went to get it developed at a fast photo place. The two guys working at the store asked if I modeled because they, uh, were “photographers” and wanted me to do a shoot. Pretty sure they were perverts. Still, no one who has processed any of my photos since has asked me that question again. Probably because these are the kinds of photos I take these days…. 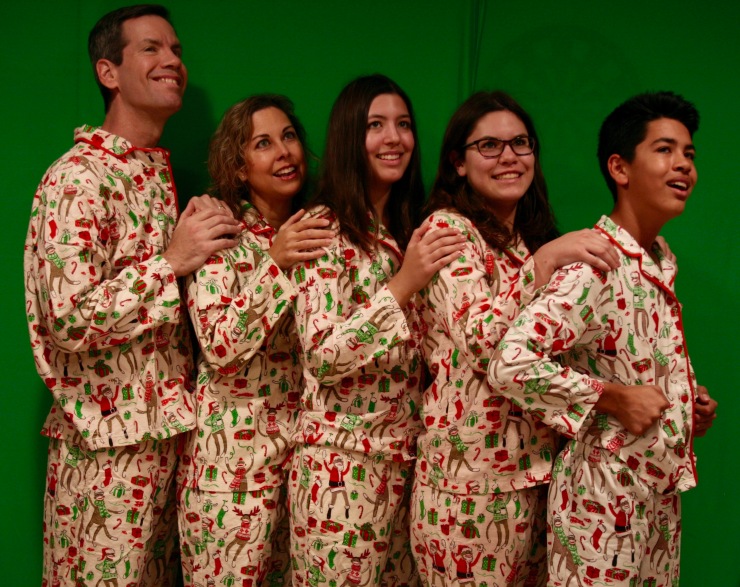 That was the base for one of our incredibly dorky Christmas cards. My homage to the many Olan Mills family portraits I sat for as a kid. My husband dropped in a fake snowy background over the green, and it is so fabulously goofy.

Anyway, as I’m typing this, the tips of my fingers hurt. My shoulders ache. My knees are bruised. My pectoral muscles throb if I try and take too deep a breath. All this because I want to eat a damn cupcake after dinner tonight. Oh, the lengths I’ll go to just to indulge in a treat: I hopped on the elliptical at 6 a.m. for 20 minutes and then six hours later, I tagged along with a friend to her CrossFit class.

Let me just tell you, ladies under 40, your metabolism is that friend who “acts” like she’s  there for you through thick and thin but then when you do start getting a little thick, she drops you like a hot potato smothered in butter and sour cream and thick strips of bacon. Bitch. Bacon….. Mmmmmmm, I love bacon. I think another 15 minutes on the elliptical would  erase two strips’ worth of calories. I think.

So anyway, that chick in the two-piece swimsuit did not appreciate how good she had it. She always wore knee-length shorts and never crop tops or form-fitting tees. She was embarrassed about her body and man, what I wouldn’t give to have that package now. And I would totally slut it up if I did. 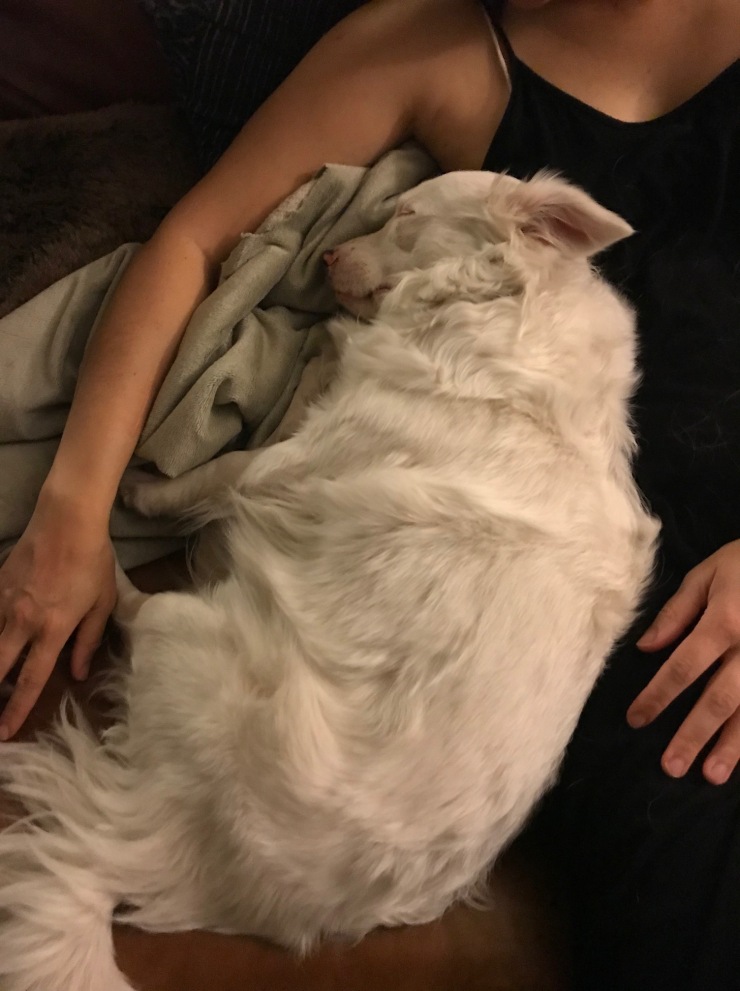 My little white dog — who vaguely resembles an oversized loaf of Wonder Bread — also suffers from the middle-aged spread malady. When I had to take her to the vet recently, I cringed (as much as I do when it’s my turn) as she climbed onto the scale. Twenty-six pounds. When we adopted her four years ago, she weighed 16. I tried to make the case to her vet that her head is disproportionately small for her body and that’s why she looks chubby. She didn’t buy it.

But you know what? Four years ago, my little dog was just a pup. She wasn’t fully developed. She hadn’t lived, hadn’t discovered the joys of roasted chicken pieces that drop on the kitchen floor or how much food is left on the bowls placed in the dishwasher or how satisfying and surprisingly calorie-laden cardboard boxes and dog beds are. She’s happy and healthy, and she exercises every day. Her weight’s held steady for two years, so that’s something. The chick in the swimsuit also wasn’t a fully-formed person when that photo was taken. She hadn’t yet discovered the restorative effects of sangria or popped out three kids. So, I guess I could cut myself some slack — and probably a much smaller piece of cake.