Food items you can actually buy*:

A 40-POUND!! case of dehydrated marshmallows?!? For $228?!? Such miraculous things could be done with such an ingredient…

I love Peeps — not to eat, of course. I just adore the kitsch of them. True story: I used to keep some really old ones (dating back to 2000) on my desk and they would normally be all crunchy and hard but when the monsoon season was coming, they would rehydrate and become squishy again. Weather forecasters use the dew point to predict when the monsoons start, but I use the Peep point. It is foolproof. 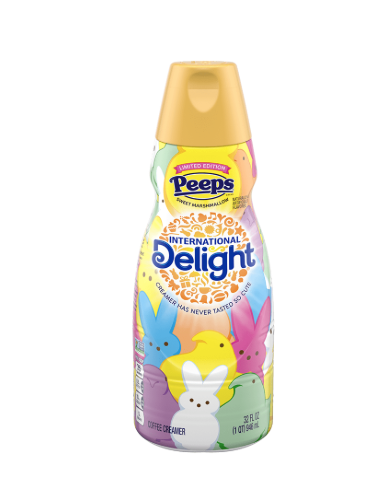 I have been slogging away on the ol’ book. I have not been toiling alone — it takes a village (and a tech savvy one at that) to put out a book. If I didn’t know better, I’d think someone (based on what HE named the file) was angling for co-authorship…. Or, he wants to make sure he’s mentioned in the acknowledgements…

*But that doesn’t mean you should