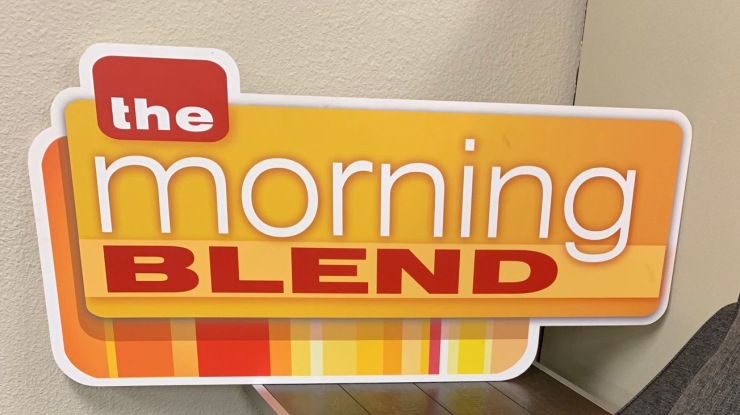 And lived to tell.

Many, many, many, MANY years ago, I interned at a local TV station because I thought broadcast would be awesome. Then I realized there would be crushing daily stress to have perfect hair and makeup and as if that weren’t bad enough, one of the producers once told me a story about how when she was an anchor, she’d grocery shop and people would walk up to her and pull stuff out of her cart telling her not to eat that or she’d get fat.

Not me. I decided instead to go the print journalism route since no one pays a lick of attention to you and you can look disheveled and hobo-y, which some newspaper reporters most definitely do.

But, I wrote a book and that requires doing some promotion, so I had to suck it up and make a TV appearance.

I spent a freakishly long amount of time on my hair and face before heading off to KGUN 9’s studio and I was feeling pretty confident as I sat in the entry area until the buzzer rang and in came two people dressed for a desert safari and lugging a crate. Dang it — I was going to have to make an appearance with a cute animal! One of the first rules of TV is not to appear with critters or kids because you will be upstaged. Big time.

Sure enough, this lovely lady was also on “The Morning Blend” lineup that very morning. 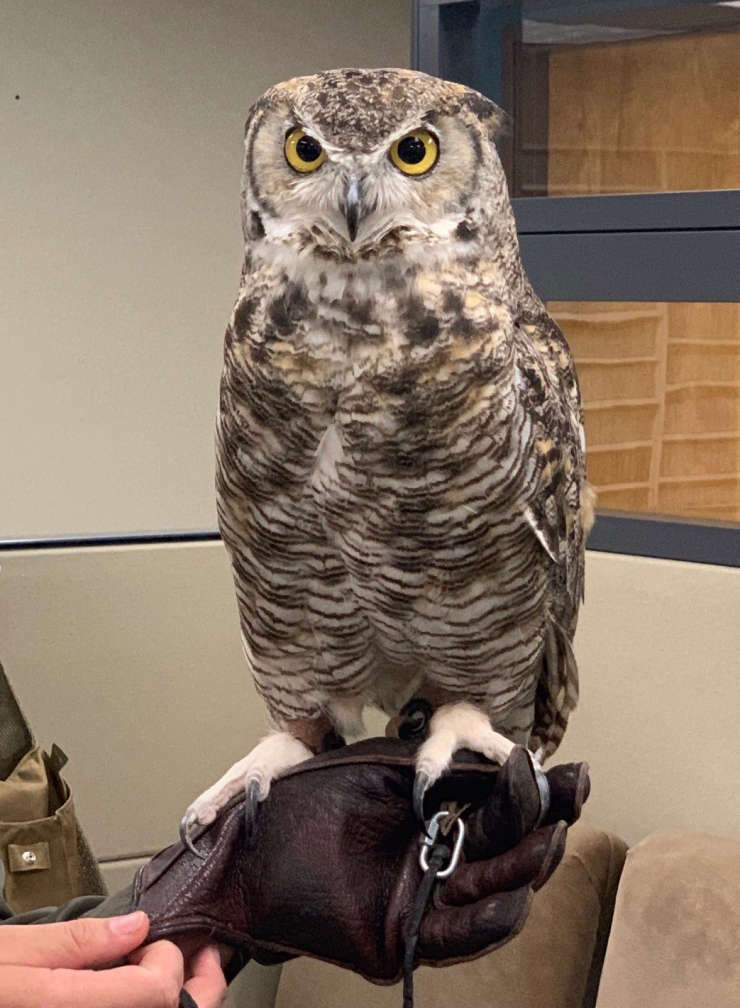 Turns out I didn’t have to directly follow her. Phew. Luckily, there was a piece on erectile dysfunction right before I went on air, a sort of palate cleanser, if you will.

If you’ve never been on a TV set before, the most shocking thing about it is how bright it is. Like, you feel like you need to squint kind of bright. And all I could think about was that episode of my favorite, favorite TV show “30 Rock” that spoofed high-definition television. Different characters would wander in front of the camera and you’d see what they looked like in hi-def. Naturally Alec Baldwin’s character looked like himself — 20 years earlier. 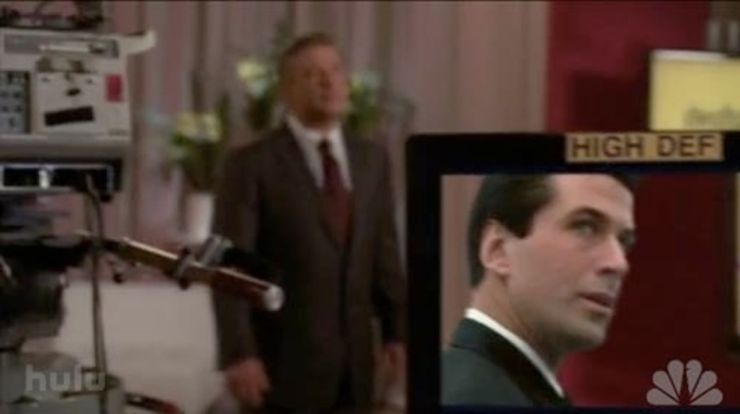 But when Tina Fey walked in front of the camera, she looked like this… 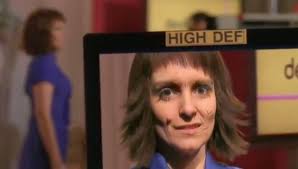 Which is how I know I looked compared to the very polished Morning Blend anchors Heather Rowe and Alex Steiniger, who were exceedingly nice and welcoming. Every once in awhile, I’d catch a glimpse of myself in the monitor and say a silent prayer that I didn’t have a glop of black liner in the corner of my eye or a stealth booger somewhere. I still can’t bring myself to watch the clip, but if you want to watch, click here…