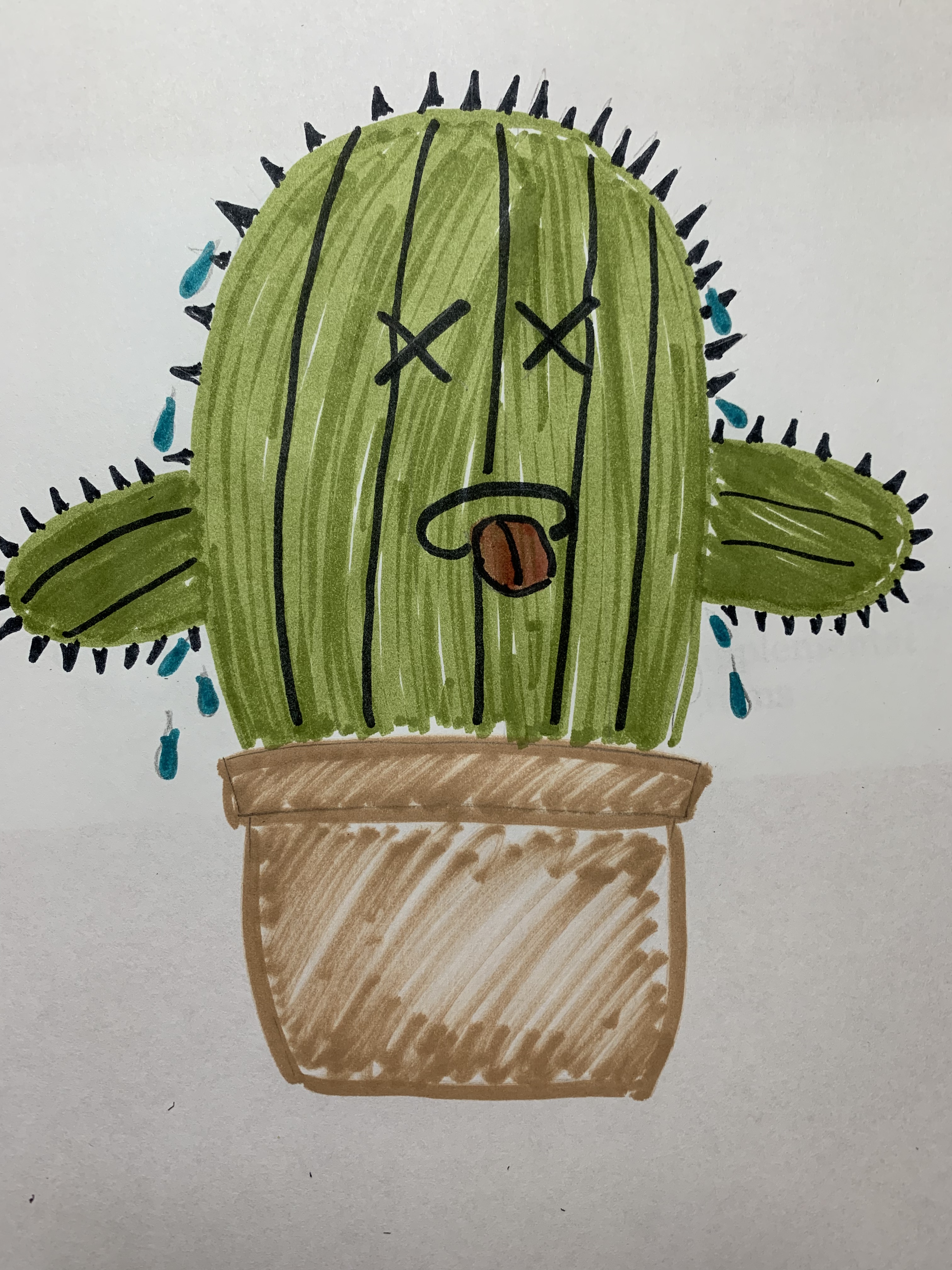 Why yes, I drew that! And no, I do not have any upcoming art shows scheduled.

Summer here in Tucson is long. Too long. It’s only gotten worse. Or, maybe I’ve just gotten wimpier. Probably both.

When I was a kid, I’d play outside no matter the temperature (and without sunscreen, which had yet to be invented!) and splash in the closest public city pool, that is, if it wasn’t closed for a floater. Now I look through the window at our glistening, free-of-fecal-contamination pool and think, but I’d have to cross, like, 20 hot feet of scorching pavement in direct sunlight to get into the water and that just seems… not worth the effort. By merely opening the door, the air conditioning inside could drop a precious half degree and that would be very bad. Whoa, that could be the premise for a movie — “Reverse Speed: It’s Summer!” where the ac can’t inch above 65, lest everyone melt into a puddle.

So, how do you know if you’re suffering from our Southwestern brand of SAD?

Symptoms include, but are not limited to:

• Loss of desire to leave the air conditioned house

• Thinking it’s a perfectly reasonable idea to spend $50 to see some subpar movie like “Fast & Furious Presents: Hobbs & Shaw”* because of the extreme theater air

• Loss of desire to be active

• Loss of desire to live

I’m not sure which is worse: the feeling of sweaty thighs roasting on a leather carseat heated to 500 degrees or realizing that you are not actually, literally, melting fat off your body. It is still there. All of it. But, it is on the back of your legs where you can’t see it, so you might as well have another Magnum bar.

I am not sure what the solution is, other than slapping a dome over the entire state and pumping in air conditioning. Hey, now there’s an idea! That could actually work! I think I’m going to run for office and that will be my entire platform! And then and then, I’m going to write an action adventure movie about a super hot desert town that has to get enclosed in a glass dome because of global warming and people won’t survive if they’re not inside it, but a hole gets busted into it by some kids playing baseball and then The Rock has to figure out how to save us!!!

Wait, what was that seventh symptom of SAD again?

*Forgive me, The Rock, for I have indeed spoken ill of your movie, which looks — and I sincerely adore no-brainer action movies — really stoopid. I still love you and stand solidly behind “Skyscraper” as wildly entertaining.

1 thought on “I Have SAD or Ode to a Sucky, Interminably Long Summer”