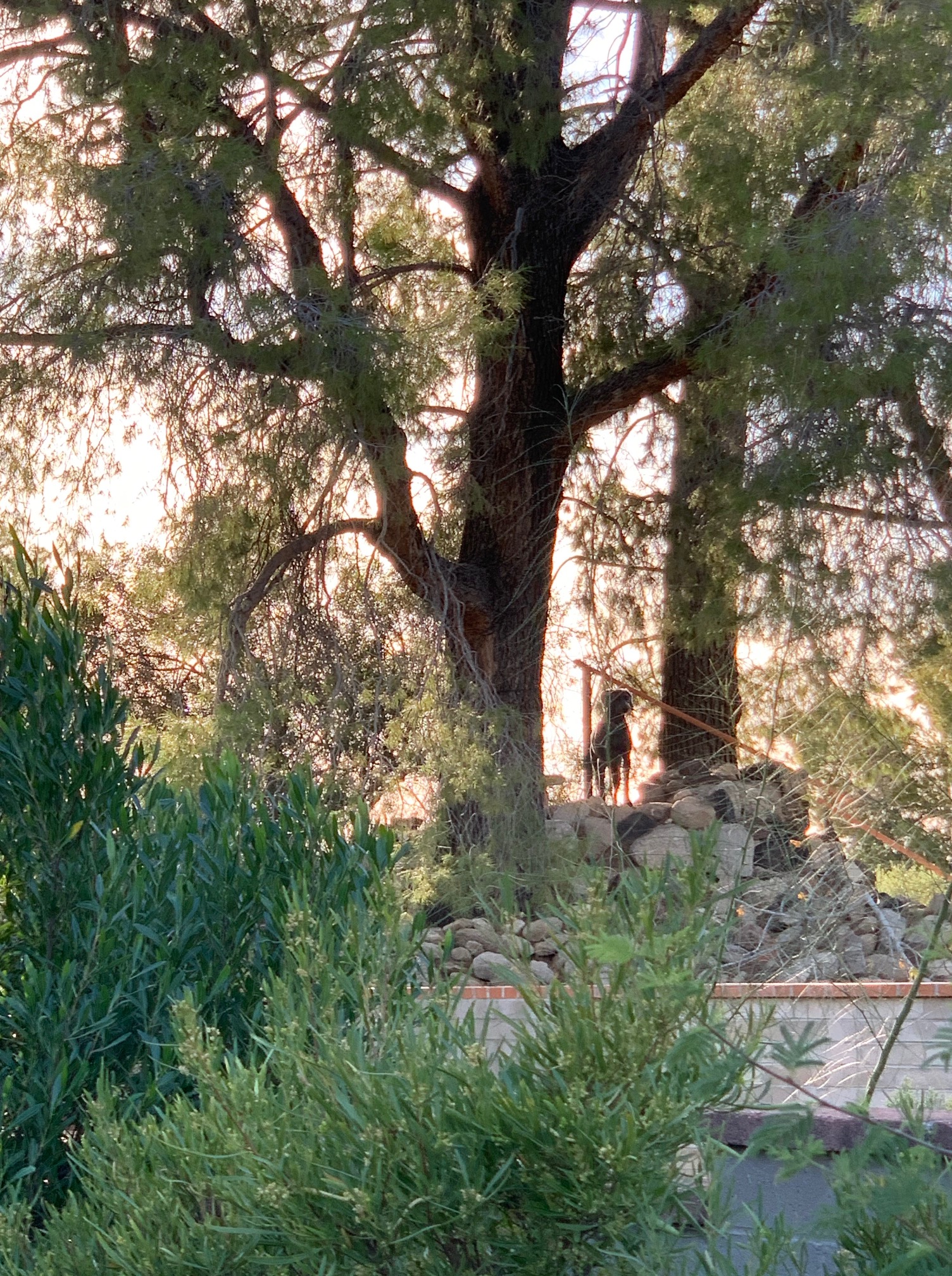 That’s the house directly behind ours and one of the two four-legged inhabitants. I think some amatuer rock-climbing goes on there. Very amateur because there are handrails.

A closer look at that mouthy jack wagon.

See that dog there? I don’t say this lightly — he’s an asshole. So is his roommate, who’s not in the frame but is off to the left, barking nonstop.

This is the house directly behind ours. Pretty lucky.

We used to live a relatively quiet existence until they came along about a year ago. Before, sure, there was the occasional wild naked* party. But those folks moved out and these two jokers moved in along with an undetermined number of humans because they don’t make quite as much noise. These two act like they’re hot shit because they can see everything for miles, and they think they rule the roost. I guess technically they do — they have the highest backyard in the neighborhood. I’m not sure why anyone would intentionally build a Golf n’ Stuff rock bluff since it does not seem like an especially great add-on to a house, but someone did. The new folks even added handrails. The dogs are so brash, they don’t use them.

I point all this out because it’s something we didn’t even consider when we settled here — you need to pay attention to how high up your lot sits and who can look down on you. It could matter later when the asshole dogs move in. Ah, I miss those days when our dogs were the only Barkey McBarkersons on the block.

So those two neighbor dogs bark incessantly every time we go out in the yard or our dogs go out in the yard. Very relaxing. They seem to perpetually be outside, even in the wee hours of the morning and of course they let it loose then, too. Now, I will admit that two out of our three dogs suck and bark a fair amount. Our dogs bear some of the blame, but those other two always start it. I’m sure those back and forth conversations are scintillating:

Those dogs: You guys suck!

Our dogs: No! You guys suck! And we’re GIRLS, jerkoffs!

I have no real point to this, just that I am really, really tired of listening to dogs barking all day.

*I did not actually witness naked party guests, but I did hear the loud music. Joe went to investigate, though, and he saw a nudie roaming in the alley weeds.

Let the record show that Joe says he does not remember this. Naturally I do. I stand by my strong powers of recollection. And this is my blog, not his.