College campuses are shutting down, every middle and high school trip I knew about — whether it was stateside or Europe — has been canceled. The NBA suspended its season; this will be a year without March Madness. Glossier CLOSED its stores!

What’s a girl to do? Aside from stress eat?

I’ve sought solace* on the interweb, where there is no limit to the weird/stupid/goofy stuff that makes me laugh. You really don’t even have to look past Amazon, where I have had this bubble-wrap suit wishlisted for YEARS. One of these days… I will put it in the cart. 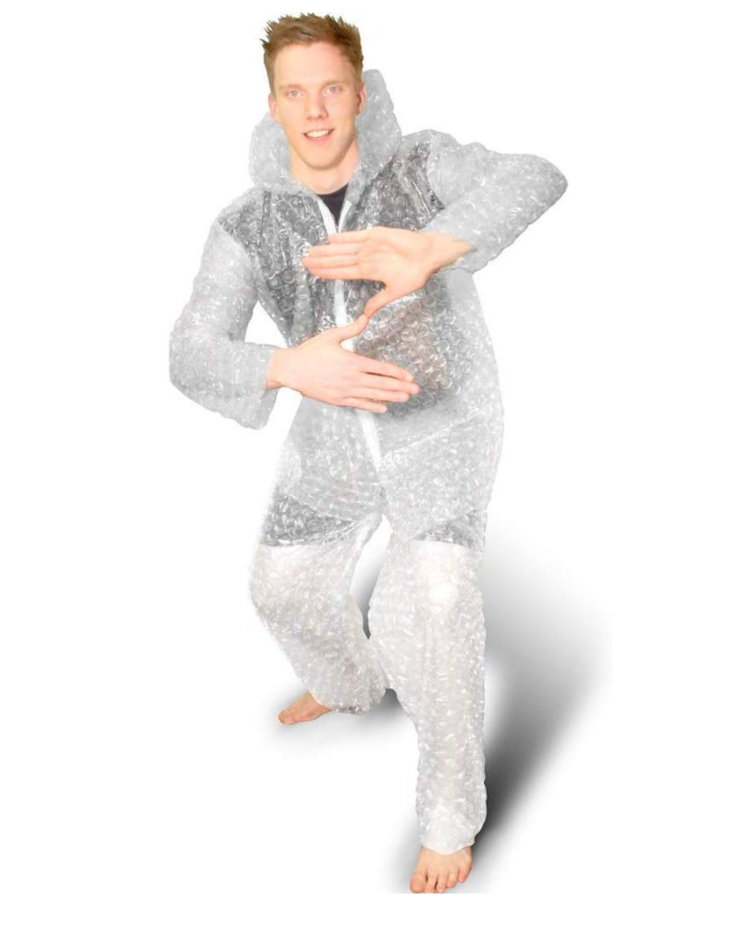 And once you click on Amazon, there’s no way you can’t fall down the rabbit hole because then it suggests similar items for you like this, which is just winning purely on its name —  “chub suit.” Also, it’s very well-priced.

Uhhhhh… sure, that’s a “big bird” costume. We all know what it is, Jeff.

I actually found this on the Urban Outfitters website, and I’d happily watch that until it broke and I would guess, based on the price, that would probably be about 12 minutes after pulling it out of the box.

On an unrelated note, if I were this model, this picture that makes me look like I have oversized Hobbit feet would make me so angry.

Also apropos of nothing, this ad for a new post-workout dry shampoo does little to actually promote the product because, if you ask me, that chick looks equally good in both pictures.

*Truth be told, I did initially try to seek solace in a peanut buster parfait, but no joke, I rolled up to the Dairy Queen drive-through window, and the girl greeted me with “Our soft-serve machine just broke.” And that was the universe telling me my butt is plenty big enough and I don’t need a heaping plastic cup of soft serve swaddled in hot fudge and peanuts even though I reeeeaaaallllllly wanted it.