Shut up or I am going to have to punch you in the face.

OK, so that last one isn’t the actual title of an HGTV show, but it does pretty accurately describe how I feel when I watch them. Was “super annoying” high on the producers’ list of preferred host traits? The dude flippers are passive aggressive or off-puttingly arrogant and their flippin’ wives — because it’s always a husband-wife team — either sound like Barbie from “Toy Story” or ’80s Valley girls.

But, this is how we’ve been spending that last bit of our evenings before turning in for bed because my husband loves these shows. He finds them inspiring. It mostly inspires my inner Statler and Waldorf. 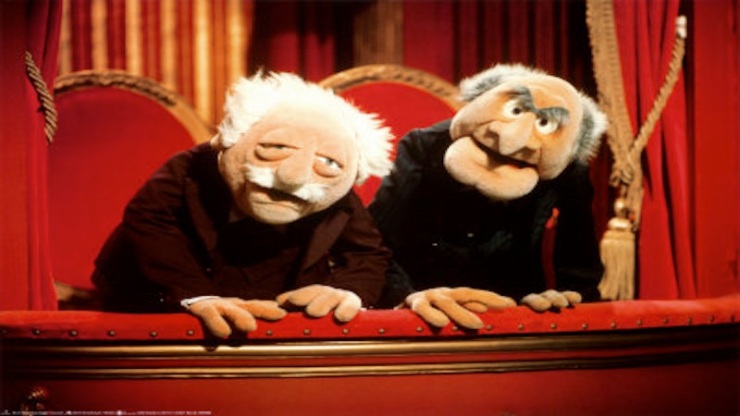 You remember those guys, right? I think I am probably the one on the left, based on the similarity to our eye bags.

So, if you’re unfamiliar with these home and garden shows, here is a pretty typical line:

Flipper wife: “So, babe, I know this is, like, kind of high for our, um, like, budget but this tile is totally retro and I, like, know it’s busy but, like, I am dying here. It’s so perfect for this, like, abode.”

Me, yelling from the couch: “The dogs have barfed on my floor and it looked better than that!”

The shows bug me because they make everything look so easy and even “problems” are amazingly rectified by the end of the half hour running time. In the end, despite the dramatic music and long camera takes that linger on their anguished, makeup-by-Sherwin-Williams faces, things work out. Not only that, the sellers even manage to get $20,000 over their asking price.

I have a house. It’s never that easy.

Real life example: During one bathroom remodel, my husband decided to tackle tiling the shower himself. He was halfway through when one of our children — who had been happily playing with her grandpa — screamed. Grandpa had been swinging her around by her arms and pulled one out of its socket. Us being rookie parents — said child was only 2 years old — we naturally both freaked and had to take her together to the emergency room. Things ended up fine for her arm but no so much the bathroom: The tiles popped off, one by one, in the middle of the night. That never happens on TV.

So, we watch the shows during the week and that means when the weekend rolls around, my husband wants to go poke around open houses.

Statler, or Waldorf: “Um, it’s not our house that’s the problem — it’s who lives in it. And if they’re moving, too, then there is just no hope of ever having anything nice, really.”

I watched one of my children spit on the carpeted floor of her bedroom the other day. And then someone let in Dumb Dog No. 2, even though she was wet and covered in dirt, and  she rubbed herself allllll along the red leather chair in the family room. By the time I discovered this a few hours later, it looked like our indoor furniture had gone off-roading. We have holes in the walls because people fling doors open like it’s an olympic sport, and I’ve even wiped footprints off our side door because other people think it’s cool to kick it open.

So, no, I really don’t think we should have a nicer house and I feel like it’s my very important duty to point out what’s wrong with each and every house we look at (out of earshot of the very nice real estate agents who occasionally have baked cookies for the event). 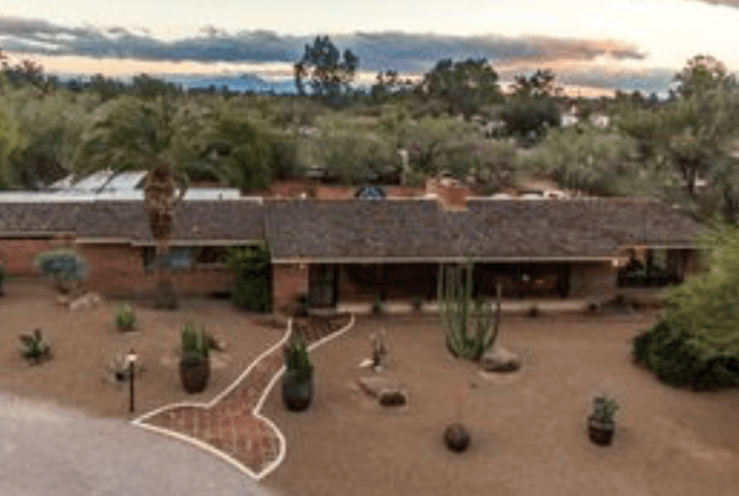 We went into this other house, which had been almost completely remodeled. Alas, the homeowners had no taste. I’m no interior decorator, but even I know that butt-ugly granite  does not go with that busy, rectangular glass tile, or anything really. 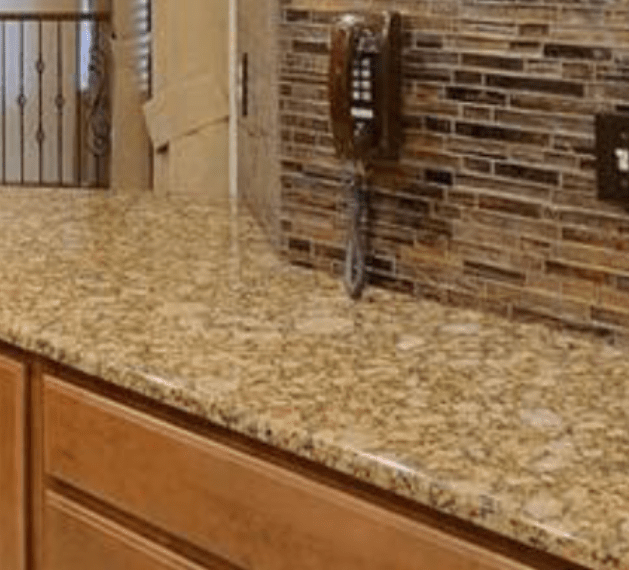 Tell me the counter does not look like a cross-section of mortadella. 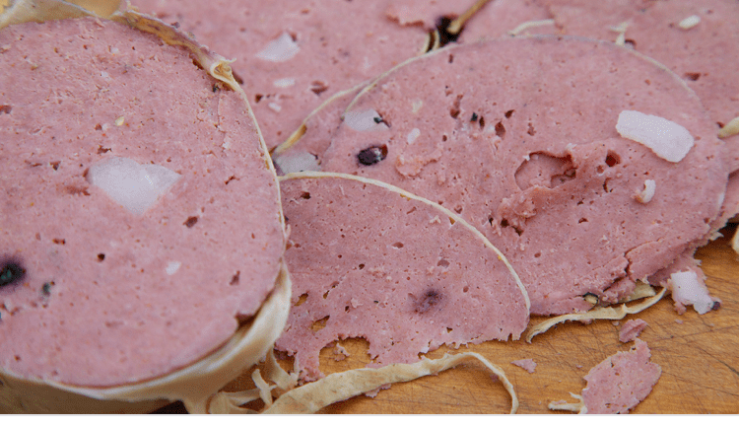 Besides, when I think about putting our house on the market, it makes me misty. I still vividly remember peeking through the windows when we drove by and saw the for sale sign. It had been repossessed — and looked it. The slump block house was so dark inside, except for the lavender carpet in the living room. One bedroom looked like the scene of a triple homicide: That splatter paint technique popular in the ’90s doesn’t really work so well with red paint. The kitchen was Smurf blue while the master bedroom was the exact shade of Pepto-Bismol — both the walls and the carpet.

It was kinda gross. And yet, I stood in the entry way — trying not to get hit by a crumbling wooden beam — and thought, this place has good bones. More than that, it just felt right.

We’ve done projects here and there, as we could afford it, but for way too many years we lived with no floor, merely the gray concrete foundation, a very popular design feature for a Costco but not so much a residence. It was so barebones that the kids just rode their bikes inside. Pretty practical flooring in a home with toddlers and dogs. I never mopped — if I spilled, I just called one of those two groups to come over and lick it up.

Early on, we literally dragged a hose inside to clean this place. We brought three fresh babies here, buried beloved guinea pigs in the backyard, even once had a Tiny Tikes rollercoaster set up right in the hallway. Leave this house? I dunno about that — mostly because it means I’d need to seriously clean it.

4 thoughts on “Our House in the Middle of the Street”